The Sweet Mask of Slavery 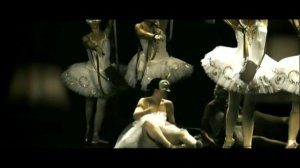 So begins “Harrison Bergeron” by Kurt Vonnegut, English 3’s latest piece of short fiction.  In fact, it is probably best described as a short, sharp shock of fiction.  To see what I mean, I invite you to take an extra ten minutes and view the story for yourself at http://www.tnellen.com/westside/harrison.pdf.  We wouldn’t want to be unequal in our understanding of the subject, now would we?

Several elements of “Harrison” intrigue me.  First, it is an example of true satire, which should accomplish three things:

True satire is clever.  True satire is deliberate.  Too many news shows and social commentaries bill themselves as satirical, when they simply hide behind the term to justify poking fun at someone they don’t particularly like.  Several years ago, I was so disappointed in one conservative commentator after he showed a photo of Helen Thomas, the oldest member of the White House Press Corps, and called her the “Wicked Witch of the West”.  After receiving a slew of disparaging email from Republicans and Democrats alike, rightly criticizing him for mocking an old woman’s physical appearance, he replied, “Hey, it’s political satire… Can’t you all take a joke?”

Indeed, he has the freedom to act like a jerk on national television if he so chooses.  Just don’t call it satire.

This story is also a teachable example of dark humor.  This term has myriad definitions and morbid degrees of application, especially in what now passes for secular comedy.  However, in the literary sense, students should not only recognize what it is but also recognize the heart behind those who revel in it.  To be blunt, dark humor is funny only because the situation is not happening to you.  While readers may readily snicker at a masked ballerina weighed down with sacks of bird shot, I am fairly sure that the beautiful, talented girl underneath all that hardware is not sharing in the joke.

Finally, one three-tiered theme in “Harrison Bergeron” is literally inescapable:

So much more we can discuss, beloved students.  Please feel free to chime in with your thoughts.

Get it, chimes?  Those who read the story appreciate that little pun.

Posted by Mrs. Pahlow on February 28, 2014 in English, Equality, Literature.